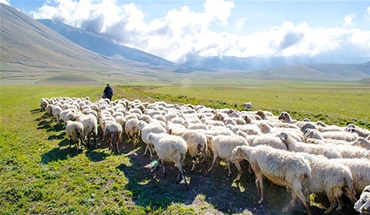 The return of the rescued

And the ransomed of the Lord shall return, and come to Zion with singing, with everlasting joy upon their heads. They shall obtain joy and gladness, and sorrow and sighing shall flee away. Isaiah 35.10

God fulfilled His promises to Abraham when He establish his descendants in the land of Canaan. Israel ceased being slaves and roaming the desert to take possession of their inheritance, as promised by the Most High. In return, He simply demanded obedience to His commandments and statutes, and faithfulness to His covenant.

But Israel abandoned their faith! They ceased to love and serve the God who brought them out of the slavery of Egypt to worship other gods. For this reason, the Lord delivered the nation into the hands of their enemies. Jerusalem was set on fire, and the temple was pillaged and destroyed. Some managed to escape, thousands were killed, but most were taken into captivity. After 70 years of exile, God brought His people back to their homeland to rebuild Jerusalem and the temple of the Lord. The joy of returning to their homeland was beyond compare! It was their chance to start a new life, leaving behind all the pain, anguish and suffering.

The history of the church in this world is very similar to the history of Israel. Since, over the centuries, many have abandoned their faith because they weren’t able to endure the struggles and persecutions. Others were seduced by the glitz and glamor of this world. They stopped looking to the Savior and focused in on what they shouldn’t. They loved the pleasures of the world more than the One who gave Himself as a sacrifice to redeem our souls.

But, thanks to the love and mercy of the Good Shepherd and Bishop of our souls, the Lord Jesus, thousands and thousands of lost sheep have returned to their Father’s house and have reconciled with Him. The door of the Kingdom of God is still open, but it will close one day. When the five foolish virgins returned, there was no more time! The Bridegroom was gone. This serves as a great warning to us.

The reasons that caused you to turn away from God do not matter, because the reasons for you to return are greater! The crown of life is ready to be placed on the head of all those who return to the arms of the Lord Jesus. There will be eternal joy for Salvation and the pleasure of being in the presence of our Lord and King again. We are in a great journey in this world, and the New Jerusalem will be the final destination, where we will live and reign forever with our Lord. Therefore, hurry up! Tomorrow may be too late.

June 25th at 6pm, we will have the second National Rescue Caravan with Bishop Macedo. Direct from the Temple of Solomon to all of Brazil. The invitation has been made!

"If you will return, O Israel," says the Lord, "Return to Me; and if you will put away your abominations out of My sight, then you shall not be moved." Jeremiah 4.1

The human mind is probably one of the most powerful assets in one's life. Because of the ability to think, create and innovate, mankind has been breaking barriers, and exceeding limitations.

The Vital Signs of Soul

Vital signs such as blood pressure, sugar, cholesterol levels and heart rate may become unbalanced when something goes wrong in the body's system.

"I am the door. If anyone enters by Me, he will be saved, and will go in and out and find pasture" John 10:9