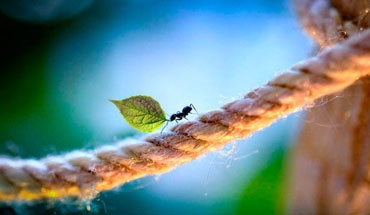 The strong and the weak

A person who is emotional is weak.  Undefined in his decisions, undefined in faith, he is a slave to others' opinions.  This makes him unhappy, even though he believes in God.

The person who is born of the Spirit is spirit.  He lives by intelligent faith rather than being influenced by what he sees, his feelings or his emotions. He believes by faith and never needs to see to believe.

Is this crazy? Certainly, for the secular world it is.

But not in the world of faith, in the Kingdom of the Spirit of God.

Only those who are born again can see the Kingdom of the Spirit of God. John 3.3

Only those who are born of the water and the Spirit will enter the Kingdom of the Spirit of God. John 3.5

Only those who are born of God are able to win the war of salvation, because they use supernatural faith.

But the one who is born of emotion -the one born of the flesh or the natural man- does not have the Holy Spirit to discern the world of supernatural faith.

His emotional faith makes him too shy to face his relatives, friends and acquaintances.

The same is not true of those who are born of God. Their faith is solid, grounded -- grounded in the Divine Word. They do not care about other people's opinions.

And if all forsake them because of their faith, they become stronger.

From their weakness, they draw strength and take possession of the promises of God.

But the natural man does not receive the things of the Spirit of God, for they are foolishness to him; nor can he know them, because they are spiritually discerned. 1 Corinthians 2:14

Faith is the power of God inside of us which give us the tools to reach where we cannot. Although faith is that powerful, doubts can neutralize its strength in a way that such power will be ineffective.

The desire to go to Heaven, have a better life, overcome problems and achieve their dreams has motivated people from all walks of life throughout the world to go to church. Some will drive from far distant places or subject themselves to a long wait for public transportation in order to accomplish what they deem so importantâ the salvation of their souls.

Why don't some people receive the Holy Spirit?

"And look, I am sending the promise of My Father upon you. But wait in the city of Jerusalem until you are clothed with power from on high." Luke 24:49 MEV