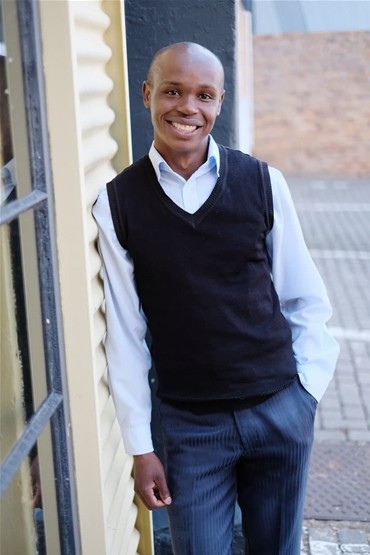 Life seemed to be heading in the right direction for Mbongeni.  His father had a great job, he went to a good school, matriculated and even had the privilege of going to university. It was not long before his life turned upside down when he was forced to drop out in his third year because his father had lost his job.

Mbongeni had to find a way to take care of his family. “I had to drop out of university and work as a security guard in order to take care of my family. I was under a lot of strain because the job did not pay well and I was unable to support the whole family as the only one working”, he said.

With the pressure that came from this new-found responsibility, he became depressed.

“I isolated myself from people and as a result, I had suicidal thoughts. I had a huge void inside me.  I thought I was worthless and life was not worth living. In order to distract myself from what I was going through, I started taking in a lot of caffeine. I drank coffee three times a day, but that was not enough as I also took energy drinks to get through the day,” he said.

Drinking too much caffeine gave Mbongeni a false sense of well-being. He was invited to the Universal Church by a woman who later became his wife.

He realised that his addiction problem was serious when he had to be taken to hospital after collapsing at work because of the high level of caffeine in his body. He was in hospital for a day to drain the caffeine from his body.

“On one particular day, I wanted to take tablets and end my life, but I was interrupted by the assistants of the church who were evangelising in my area and I believe that God intervened at that moment,” he said.

After working for 10 years as a security guard, he lost his job. Life was difficult for him, but he did not lose hope. He trusted in God and used his faith for his life to change.

In the church he was encouraged to start his own business. He  found temporary jobs in order to raise capital and started his own corporate gifts business. God blessed his finances and he was able to buy himself a car. God continued to blessed him and he also married. Mbongeni now lives a fulfilled life and no longer has a void inside him.