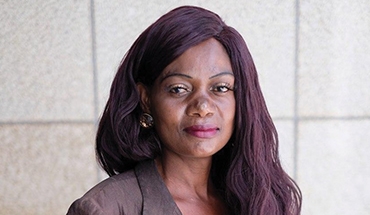 The scars on Patricia’s face are evidence of the fierce and violent encounters she had when she was drunk.

It all started after her mother left her with a well-known and respected family member who then abused Patricia while she was in grade seven. “The man she left me with sometimes made sure I was half naked when he beat me up and then forcefully kissed me at the same time. His abusive actions changed my behaviour and turned me into a violent person.

I started drinking alcohol heavily in high school to numb the anger I had towards my mother who had exposed me to abuse. I bunked classes at school, fought with teachers, arrived late and left during lunch break to go and drink alcohol. I eventually dropped out of school when I was in matric because my mind was always on alcohol.

I also took out my anger on people and I fought with everyone when I was drunk. My violent actions left me with visible scars on my face,” she said. A neighbour that she used to fight with invited Patricia to attend services at the
Universal Church last year.

“The day I attended my first service I developed a desire to know more about God and I committed to the Addiction Cleansing Therapy.

From that day, I stopped drinking alcohol. As time went by, I was able to forgive my mother for deserting me and the person she left me with who abused me because I wanted a new start in life. I no longer drink alcohol or fight with people and I went back to school to complete matric.

I now have a job and I lead a responsible life because my steps are directed by God,” she said.

Nkosinathi knew he needed help to health challenge for me and I started I overcame my break free from his addictions after he started experiencing chest pains and breathing problems.