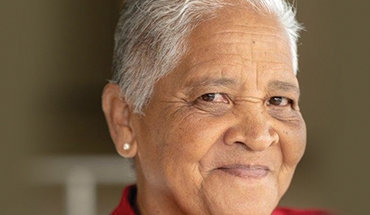 “My mother was not happy about my wild life of drinking and smoking because I sometimes got home drunk in the middle of the night. She always complained about how I exposed myself to danger as a woman, but I never listened to her.

At some point, my parents gave me an ultimatum to either leave their house or stop drinking and smoking.

That did not work, instead I drank and smoked secretly because I didn’t want to push them into chasing me out,” she said. Virginia dated a man who married her after two years. “He was also not happy with my drinking and smoking, especially after I had children. He was concerned that I smoked in their presence.

I also neglected them when I was drunk. The abuse of alcohol started stealing joy from my marriage because my husband was always unhappy and we fought over minor things.

That was when I decided to stop drinking alcohol but battled to quit cigarettes,” she said. To rescue her marriage that was falling apart, Virginia started attending services at the Universal Church.

“I was embarrassed to tell the pastors about my problems however their warm welcome and willingness to help me made it easy for me to open up. The pastor suggested that I attend the Addiction Cleansing Therapy to overcome my problem.

I attended without fail and asked God to help me because I was battling to do it on my own. From smoking 20 cigarettes a day I went down to two. Two months later I stopped smoking completely.

What I couldn’t do for 44 years, God did in two months. I am now lled with the Holy Spirit who guides and lead me. I am enjoying a life free from addiction in His presence,” she said.

I isolated myself from people and as a result, I had suicidal thoughts. I had a huge void inside me. I thought I was worthless and life was not worth living. In order to distract myself from what I was going through, I started taking in a lot of caffeine. I drank coffee three times a day, but that was not enough as I also took energy drinks to get through the day

Nothando only turned to the Universal Church for help after she was discharged from hospital where she received four months' treatment for overdosing on drugs.