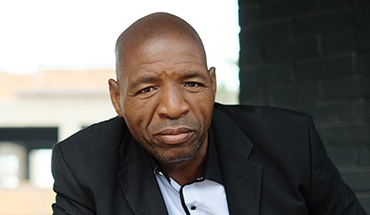 “Nothing mattered to me after I started drinking alcohol in my teens. I sometimes didn’t go home after work becaused I passed out in taverns and went straight to work the following day without taking a bath.

I moved my then girlfriend in with me at my parents’ place when I was 18 years old. I could not keep that relationship because of my abuse of alcohol. I continued drinking heavily even after I got married to Nonhlanhla seven years later.

My addiction proved to be a problem since I physically abused my wife even after she had our eldest child.

I beat her up for no reason and I sometimes demanded cigarettes from her even though I knew she did not smoke. She didn’t give up on me and my bad behaviour when I was drunk.

In 2005, she started attending services at the Universal Church and I joined her the following year, but I found it di cult to overcome my addictions. I later found the courage to speak to the pastor about my alcohol and cigarette addiction.

He then recommended that I attend the Addiction Cleansing Therapy and ask the Holy spirit to guide my steps. I attended without fail because I wanted to be free from alcohol and cigarettes and lead a happy family.

Things started to change. I no longer enjoyed the smell of cigarettes and out of the blue, my hangover felt like I had been hit by a bus. That was when I knew God had answered my prayer.

I saved money and focused on developing my family life. I built a six-roomed house from scratch. I also built four rooms that I am renting out to people. I recently bought a Range Rover and paid cash.

God’s guidance made me a good leader of my family. I lead a sober and responsible life in His presence,” said Flash.

I isolated myself from people and as a result, I had suicidal thoughts. I had a huge void inside me. I thought I was worthless and life was not worth living. In order to distract myself from what I was going through, I started taking in a lot of caffeine. I drank coffee three times a day, but that was not enough as I also took energy drinks to get through the day