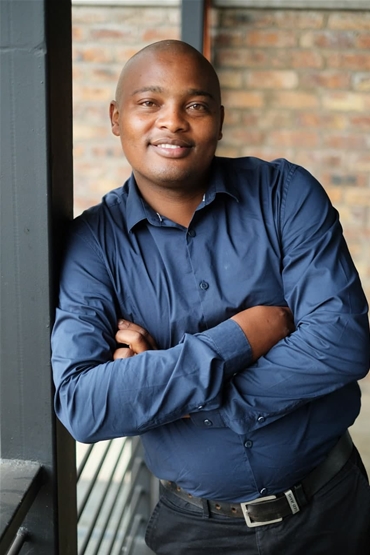 Unable to cope with the passing of his mother, Maxwell drank alcohol heavily.

“I drank alcohol occasionally with my friends, but became addicted after I lost my mother because I could not cope with the pain of losing her. While mourning the death of his mother, that same year his aunt passed away.

I had a close relationship with my aunt and I also struggled to accept her passing. My addiction escalated. I spent my salary on alcohol and at that time I was also smoking dagga.

I had to take care of my cousins, but my addiction prevented me from providing  for them like I was supposed to.

My alcohol and dagga consumption put a strain on my financial life. I borrowed money from friends, but I could not pay them back. I avoided going to the same places because I did not have their money. I was always stressed because I could not even provide for my cousins like I used to,” said Maxwell.

His life only changed after he attended services at the Universal Church.

He attended the Addiction Cleansing Therapy on Sundays and prayed for his deliverance from alcohol and dagga. He committed his life to God, read the Bible and prayed more often. “A few months later in the church, I was able to quit alcohol and dagga. My finances improved and I was able to take care of my cousins. I managed to save money and pay my debts. God blessed my love life, I got married to Nontokozo in the church after we had dated for six years and we bought a three-bedroomed house. I am now spiritually mature and live a life that pleases God,” he said.

Hearing my father telling people that he wanted to shoot himself when he learnt that my mother was pregnant with me and noticing how he never took on his fatherly responsibilities confirmed that he did not love me.