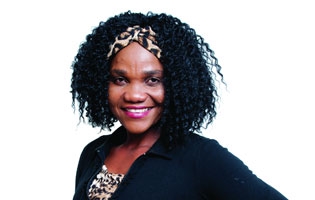 I was able to forgive my father

Life became an uphill battle for Nomsa and her six siblings after their parents separated and they were left with their unemployed mother.

They depended on the community vegetable garden for food.

Nomsa developed anger and held grudges against her father who had left them.

"My father lived with another woman and refused to provide for us. My mother was given vegetables from the community garden on weekends. The vegetables had to last for the whole week or we starved. We sometimes slept on empty stomachs, waiting for the weekend to come when my mother got another batch of vegetables. The poverty we endured made me hate my father. I wanted nothing to do with that man," said Nomsa.

From the age of 17, she dated an older man who gave her money that she used to buy food for her family. “I soon moved in with my boyfriend, but I always sent money to my family. We later had a son together,” said Nomsa.

Things changed between Nomsa and her partner after they had a child.

Her partner drank heavily and came home late at night.

"He also abused me physically. A part of me wanted to go back home, but the thought of the poverty at home made me stay. I did not want my child to go to sleep without food or not have his basic needs," she said.

A neighbour who knew of Nomsa’s problems invited her to the Universal Church in 2009.

"I came to church because I was tired of the abuse in my relationship and I could not leave my abusive partner because he provided for me and my family back home. I took part in the chains of prayer on Mondays and asked God to bless me with a job. A year later I found a job to teach at a pre-school. I was able to take care of my son and family.  I then ended my relationship with the father of my child and I was able to move to my own place," said Nomsa.

As she grew in her faith and spiritual life Nomsa understood that it was not pleasing to God to hold grudges.

"I asked God to give me a forgiving heart and I was able to forgive my father who had left us to become a symbol of poverty in our community. I also forgave the father of my child for abusing me," she said.

Nomsa continued attending services on Thursdays and prayed for her family.

"God did something I did not expect to happen. My parents were reconciled and my father came back home. Seeing my parents together again brought joy to my life. We are a happy family and my father is taking care of us. My relationship with him grew stronger and I enjoy spending quality time with my parents," said Nomsa.

Poverty became a part of me

Anna had to learn to fend for herself after her mother passed away. She was left with her unemployed brother in the family house while her other siblings had their own homes. Her sister helped them financially whenever she could.

Loss left me bitter and angry

Learning about the passing on of her mother through a radio broadcast was the most traumatic experience for Noluthando.

My son wore his father's jacket to school

Life became an uphill battle for Violet and her family after she closed down her failing business and her husband struggled to find a job.