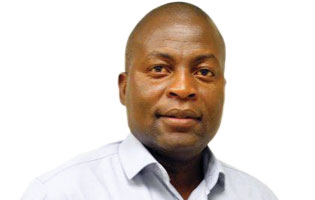 Winter was a nightmare

Growing up in a big family of 26 exposed Thulani to extreme poverty and later separated him from his siblings. His father owned a vegetable farm but the profit he earned from selling vegetables was not enough to provide for his family.

"We were given to different relatives who were financially stable to look after us while we went through school. I shared a blanket with five siblings and during winter we slept near the fire to keep ourselves warm. I was in grade eight when I went to live with my aunt who owned a tavern. She paid for my school fees and in return I had to work at her tavern after school and over the weekends. A year later I started stealing and drinking alcohol from her tavern," said Thulani.

Thulani was forced to drop out of school in grade 11 and look for a job after his aunt's business closed down. "I found a job at a retail shop's store room and I was able to finance my drinking habit. I bought expensive alcohol for my friends on pay days and I had to borrow money the following morning in order to get to work because I had used all my salary in one day," he said.

In 1998, Thulani was invited to the Universal Church and he was able to quit alcohol after three months. He found a well-paid job and was able to save money and marry Caroline after they had dated for nine years.

In 2009, Thulani resigned from his job and started his own security company. "The first four years of the business were not easy and I did not make a profit until I took part in the Campaign of Israel and asked God to bless

my finances. That year, I signed contracts with big companies who wanted my services. My financial life improved and I hired 126 security officers. I am now able to provide the best things for my wife and three children. I now own five cars, three of them are used for my business and two for my family. Sur rendering my life to God offered me things that were impossible for me. I am now more mature spiritually," said Thulani.

Motlatsi saw a complete turnaround in his life after he started attending services at the Universal Church where he learnt how to use his faith to change his circumstances.

I did my part and God did the rest

Trying to live with the mother of his child as well as his family of siblings almost ended Johannesâs relationship with his partner.

I had a lonely childhood without my father

Unable to cope with the changes that came after his parents' divorce, Vuyani became a bitter child who drank alcohol from the age of nine.