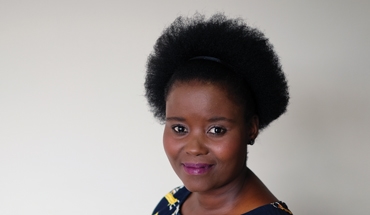 All I Wanted Was His Love

Nontobeko almost lost her greatest wish through bitterness and harbouring grudges against her father who had abandoned her after her mother passed away.

She was seven years old when her mother died after a short illness and her father was not involved in her upbringing. “I developed bitterness and held grudges against my father for neglecting me and refusing to provide for me financially.

I lived with my maternal relatives who did everything to make me not feel the absence of my parents in my life, but I still became an emotional wreck.

My life was lled with sorrow and I was also rude to my grandmother with whom I lived. I envied my cousins because their parents always visited them. I dreamt of
seeing my father and thought it would free me from the bitterness I had,” she said.

Her father called Nontobeko when she was 18 years old and that telephone conversation made her even more curious to see him. “I visited him for the first time when I was 21, but the long-awaited day was ruined by the grudges that I held.

I was so angry that I did not want to speak to any of his family in the house. I could not call him ‘father’ instead I called him uncle. I avoided bonding with him because I feared he was going to disappear again,” she said.

She was 24 years old when she was invited to attend services at the Universal Church. “At a service I understood that harbouring grudges was a spiritual hindrance. The pastor’s words became a constant reminder to remove everything that hindered God from moving into my life.

I then decided to call my father and told him how I felt about him over the years. That gave me the freedom and peace I never had before. He is now involved inmy life and I express my love to him every day when I call.

I now enjoy a healthy relationship with him and visit his family often. I committed my life to God in January this year. I am now able to read and understand the Bible because I have the presence of God and He teaches me all things,” said Nontobeko.

The Loss Left Me Needy

Losing her mother when she was eight years old made Winile believe that no one would love her the same way her mother did.

The pain of being cheated on by the man I loved and trusted felt like my heart was pierced by a sharp object. It left me bitter and depressed for ten years.

For over three years, I was in an abusive relationship where I was constantly told that no other man was going to love me with a child.