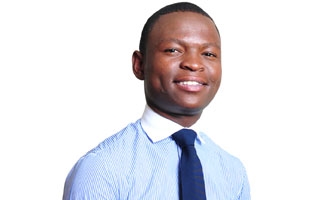 Conflicts drove me away

To avoid being in the presence of his mother and aunt who constantly fought over past family issues, Thandolwethu spent his time with his friends smoking dagga and cigarettes from the age of 17.

"I hated being in their company because their fights always made the environment unwelcoming. I was tired of being caught up in their squabbles and spent most of my time with my friends, far away from home, where we smoked dagga and cigarettes. I disrespected my mother and backchatted her whenever she tried to correct me. I sometimes bunked classes and came home late at night when everyone was already asleep," he said.

Thandolwethu failed all his tests in the first term of grade 10 because his bad habits had taken control of him.

A Youth Power Group member invited Thandolwethu to a soccer tournament and he went because of his love for soccer.

"I decided to attend the church services at the Universal Church because of the welcoming atmosphere I experienced at the soccer tournament. At a service, the pastor preached about the importance of having a good character. His message challenged me to change my bad behaviour.

I realised how I had disrespected my mother and I started praying for a change in my character. I stopped spending time with my friends and returning home late at night. I attended services every Thursday and prayed for peace at home. I was able to stop smoking dagga and cigarettes two months later and my marks improved because I was spending time on my studies. My mother and aunt stopped fighting and they now have a healthy relationship. Committing my life to God and trusting Him with my family problems brought me peace," he said.

I was unable to conceive for six years

Unable to conceive for six years after she was married, Josephina felt humiliated, ashamed and fearful for her marriage. She and Jeffrey were married in the church in 2003.

I was ashamed to go back home

Tired of her familyâs financial struggles, Grace moved to Johannesburg to look for a job. When she arrived, she stayed with a friend who provided for her and asked Grace to look after her child in return.

My monthly salary only lasted for two days

For 20 years Samuel battled to break free from the alcohol and cigarette addictions that started after he found his first job at the age of 25.