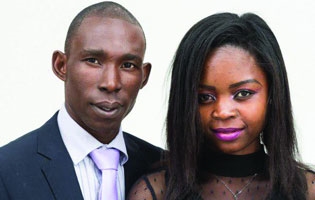 Faith afforded me a good life

After Gabriel's brother, the family breadwinner, lost his job, he had to drop out of school and find other ways to survive.

"I lost my father when I was a little boy and we were then raised by our unemployed mother in the village. My brother was the only one who had an income and he had to fend for a family of four. It was painful for me to stay at home while my friends went to school. Things were so bad at home that we sometimes didn't have food to eat.

In 2001, I moved to South Africa to look for a job. That same year I was invited to the Universal Church. I attended services on Mondays for my finances to grow because I wanted to fight the poverty I had left back at home. Months down the line I found a job that enabled me to provide for my family.

I saved money and I managed to build my mother a proper house after she had lived in a mud house for many years. I also attended Thursday services because I had a desire to have my own family. In 2011, I met Claudia and we married a year later. Three years later I bought my own house after renting for over five years.  I have recently started a construction company that is doing well. I bought a Nissan Hardbody. Turning to God made me a happy family man. I no longer live in poverty, neither does my family. I have the financial freedom I only dreamt of," said Gabriel.

What I feared happened

Fortunate always lived in fear of being thrown out of the shack where they stayed because they battled to pay their monthly rental. She lived with her boyfriend and their three-month-old daughter. Her boyfriend had temporary jobs, but she was unemployed.

Abuse was the only language I understand

For many years Mantwa believed that abuse was a normal thing because that was how her mother communicated with her at home.