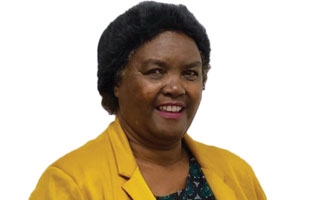 Phindiwe never believed that the father of her child who left her for 12 years would return home and marry her.

"He left me to raise our two-year-old son alone. He did not communicate with me or send money for our son. It became difficult for me to understand why he left me because we did not have problems in our relationship," said Phindiwe.

Her neighbour who knew her problems invited Phindiwe to the Universal Church in February 1996.

"I spoke to the pastor about my problems and he prayed for me. That same evening when I got home from church, I received a call from the father of my son for the first time in 12 years. The following day, he came back home. He also attended church services with me," said Phindiwe.

That same month Phindiwe and her boyfriend got married because they understood that cohabitation was wrong before God. When the Campaign of Israel was introduced she took part and asked God for a financial breakthrough.

"I was promoted a teacher to a principal of the school and my salary increased. I was able to renovated my eight-room house. In April this year I bought two cars, Toyota Blade and a Touran VW," said Phindiwe.

Battle of beliefs destroyed my family

Sinenhlanhla felt hopeless and in total despair when she started attending services at the Universal Church in 2008.

"My dream of becoming a teacher was shattered after I impregnated my girlfriend while I was in matric. I joined my cousin in another city to look for a job. I lost contact with my girlfriend and that was how our relationship ended. She gave our four-month-old baby to my mother because she was unemployed.

Faith afforded me a good life

After Gabriel's brother, the family breadwinner, lost his job, he had to drop out of school and find other ways to survive.