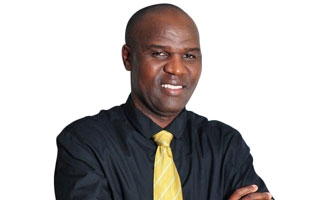 After 16 years of marriage, Moses's wife grew tired of his behaviour and left their home with their three children.

He drank heavily and neglected his family. "I had a well-paid job, but I did not provide for my wife and children.  I lived with my family in a two-roomed shack because I spent my money on alcohol.  I was ashamed to bring my colleagues to the shack because they had beautiful houses," said Moses.

His alcohol addiction affected his marriage badly because he often argued with his wife over financial issues.  This continued for 16 years until his wife decided to return to her parents' house.

"The home felt empty because she took our three children when she left. I drank even more because I missed my family badly. I also felt lonely," he said.

While at her parents' house, Moses's wife was invited to the Universal Church in 2016. She attended the services and asked God to restore her family. Three months later Moses went to his wife and asked her to come back home.

"I was desperate to win my family back and I was ready to give up alcohol. She came back and continued praying for me to change. I battled to quit alcohol, but my wife assured me that I was going to overcome my addiction because I was willing to do so. A year later, I decided to attend the church services with her and asked God to deliver me from alcohol addiction.

At a service, I realised I nearly lost my family because of my accesive alcohol intake. After two months in the church, I was able to stop drinking and my life started to improve as I was able to save money from my salary. I provided for my family and there was peace at home as we no longer fought over money issues.

My children's school marks improved because the atmosphere was conducive at home for them to focus on their studies.  In May last year I was able to buy a three-bedroomed house for my family. I also grew spiritually and I understand my role as a husband and the head of my family. I am now happily married and financially blessed," said Moses.

God honoured my faith through the campaign

It was only after Ntombi took part in the Campaign of Israel that she was able to enjoy a healthy life, have a blessed marriage and later own a house.

I lived for alcohol and neglected my children

Going out at night to drink alcohol with friends was the only comfort Lebohang had after her husband passed away.

We made God the foundation of our marriage

Shirley and her husband, who have been married for eight years, were among the 32 couples who took part in the wedding of weddings ceremony at the Universal Church in Johannesburg on Thursday, 12 October.