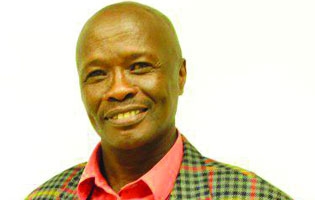 "My dream of becoming a teacher was shattered after I impregnated my girlfriend while I was in matric. I joined my cousin in another city to look for a job. I lost contact with my girlfriend and that was how our relationship ended. She gave our four-month-old baby to my mother because she was unemployed.

I made a promise to help my mother who provided for my son financially, but I failed to keep it as I started drinking alcohol, smoking cigarettes, dating many women and neglected my responsibilities as a father. My mother became ill and passed on when my son was eight years old.

My sister took care of my son because I was an absent and irresponsible father. I later fathered another child with a different woman and I still neglected my fatherly responsibilities. My life only changed after I started attending services at the Universal Church in 2016 where I was learnt about the importance of making intelligent choices in life.

I committed my life to God and the presence of God made me realise how my children needed me. I was able to stop drinking and smoking the following year. I become a responsible father and set a good example for my children. I ended my relationships with all the women I dated because I wanted to build a solid relationship with God. I now have a good relationship with my children and I provide for them because that was what the Word of God commands me to do," said Deligent.

It became difficult for Emma to cope with the passing of her mother when she was 11 years old. Moving in with her aunt made matters worse as they constantly fought over minor things.

Sent packing for being barren

Ntobizodwa was left humiliated, dejected and suicidal when her five-year-long marriage ended because she could not conceive.

Being unable to conceive for six years after she was married left Sarah feeling humiliated and ashamed. She and her husband were already members of the Universal Church when they married.