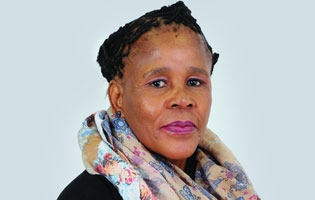 13 years of betrayal and rejection

The physical and verbal abuse that Mirriam endured from her in-laws and her husband left her beaten and angry for 13 years.

"My sisters-in-law didn't like me. We all lived in a family house with our children. I knew there was going to be a fight every day when I got back from work. My husband refused to move out of his family house because he was the breadwinner. He also didn’t allow me to train as a nurse even after I had an opportunity to do so.

One day a fight broke out between me and his sister and she pushed me onto a coal stove. I moved quickly before I sustained any burns but the fight was so messy, the police had to be called. That incident prompted my husband to move us to our own place after five years of sharing the family house," she said.

A year later Mirriam learnt about the child her husband had fathered outside their marriage.

"Believing that my husband was going to change, I stayed in that loveless marriage. I was not ready to give up on my family until he started abusing me physically. He beat me up so badly at one point that I ended up in hospital. That was the first time my family knew about the abuse I had endured all those years. That incident gave me the reason to leave him. I packed my things and left with the children.

I was broken beyond measure, angry and very bitter about the abuse I suffered and the opportunity I lost of becoming a nurse," she said.

In 2002, Mirriam's mother, a member of the Universal Church, suggested that they attend services together.

"I attended every day and my prayer to God was to heal me and give me strength to move on from my past. I felt like something was lifted off my shoulders. At the end of that year, God gave me the strength I needed to move on with my life.  I forgave my in-laws and my husband because I wanted to allow God to heal me. I am now working and able to provide for my children," she said.

Losing his father at an early age and being raised by a mother who drank heavily and neglected him left Johannes emotionally drained. His home situation affected his studies badly.

Rejection made me suicidal

Khanyiswa saw suicide as the only way to escape the pain of being rejected by her father. She was already attending services at the Universal Church when she became a disrespectful child at home and later attempted suicide.