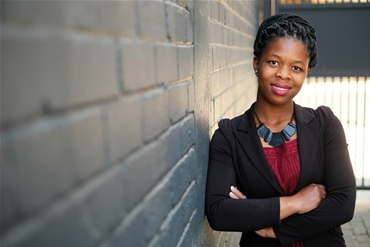 Convinced I was a failure

“From primary school I was a low performing student. My siblings did way better than me and they received awards. They deserved them because they did their homework while I played with my school books.

My parents were not happy with my school results. To help me improve them, they would not allow me to play outside with my siblings and friends. I had to study and do my homework, but I used to sit in my room with my books and only pretend to be studying.

Out of concern, my mother told me that I was not going to pass if I did not study or do my homework. However, I did not see it that way; I thought she was punishing me.

I became an angry child and hated my parents. At school I became a bully and fought with other children for no reason. I felt good about myself when I tortured them,” said Erena.

When she failed grade 11, she was devastated and she believed that she was not going to make it in life because she was a failure.

“I was discouraged and all I wanted was to die. I wanted to take my life so I could end all my problems. I didn’t believe anyone would care or notice if I was gone,” she said.

“I found a lot of pills in the house; there were close to 100 and I drank all of them. Thirty minutes later I drank 750ml of methylated spirits. I became weak and dizzy, I then lay on the floor. Luckily, my neighbor came to the house looking for my parents and she found me lying there. She saw the bottle of the methylated spirits. She called my father and he came back home and took me to the hospital where the doctors drained out the poison,” said Erena.

After that incident, her mother invited her to the Universal Church. She took part in the Chains of Prayer on Fridays for her deliverance from suicidal thoughts.

“I received counselling from the pastor and he told me that taking my life was not the solution to my problem. I started having a different perspective on life. I realised that my soul was precious and that I needed to live my life for the glory of God. I was delivered from suicidal thoughts. I started doing my homework and studied hard for exams.

My marks improved and I realised that my parents wanted the best for me because they loved me. I humbled myself and asked for forgiveness from the learners I bullied. After I passed my matric in 2016, I worked with my father in the family business. I am spiritually mature and the presence of God gave me the assurance of my salvation,” said Erena.