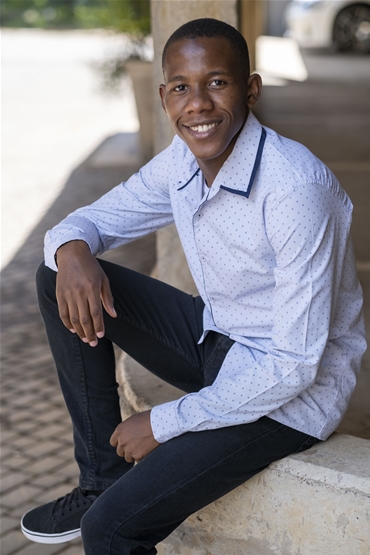 Being raised in a poverty-stricken family of seven left Sipho without any dreams for his future. “I saw myself as a nobody and I did not see a future for myself. I never thought I would amount to anything.

My family ran a piracy business and as a result, I was exposed to DVDs with pornographic content. After a while, my family decided to give up the business and my father left us. Our lives turned upside down.  Things went from bad to worse. My mother was unemployed and had to look after five children on her own.

There was no money for rent. We were very poor and I had to go to school with torn shoes and a dirty uniform and sometimes I went to school without bathing. My schoolwork was negatively affected.

Even though my family was already in the church, our lives were miserable because we did not involve God. We never applied any of the teachings we received at church to our lives,” he said.

Sipho realised that the only way to change their situation was to involve God. “I decided to get baptised in water and I sought the Holy Spirit but I was not baptised with His presence because I still had not let go of watching pornography.

The campaign of the Fast of Daniel was introduced and this time I was decided. Unlike the previous Fasts of Daniel that I was unable to complete, this time I participated wholeheartedly.

On the last day of the fast, I was baptised with the Holy Spirit. I was filled with inexplicable joy and peace and I had the assurance of my Salvation.

My life has completely transformed and I cannot believe where God has taken me from. I now work as a graphic designer and nothing has impacted my life more than receiving the Holy Spirit,” said Sipho.