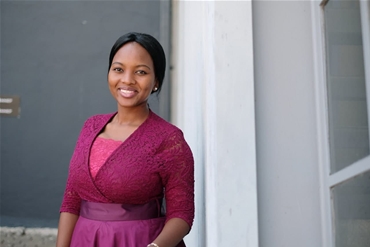 “Growing up without knowing my father made me an angry and suicidal child. At home we were struggling financially and I thought that if my father was part of my life, I would have lived a better life.

My mother was supportive and made sure she provided for me, but I was ungrateful because of the anger I had inside me. I was very bitter and I became disrespectful towards her. I did not listen to my mother when she told me to do something for her or in the house. I made comments that were hurtful to her, just to push her away from me.

My grandmother, a member of the Universal Church, invited me to the church. I accepted her invite because I wanted God to change my life.

In the church I found support and I was inspired by other young women like me. I opened up to one of the assistants in the church about my problems. He taught me about God and the importance of forgiveness.

I started committing myself in the chains of prayer on Wednesdays, prayed for my spiritual growth and attended on Fridays for my deliverance from suicidal thoughts.

I surrendered my life to God because I understood that only through Him could I find true happiness. I was delivered from suicidal thoughts.

My father sent us money every month end so that my mother could buy food and other things we needed. We lacked nothing even though my father was the only one working. However, life became an uphill battle when my father was retrenched