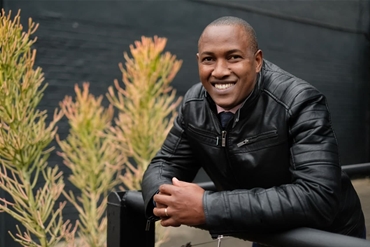 Wandile and his family depended on handouts from good Samaritans after his father was retrenched from  a job after 40 years.

His father had worked and lived in Johannesburg while his mother took care of Wandile and his other siblings in the homelands.

“My father sent us money every month end so that my mother could buy food and other things we needed. We lacked nothing even though my father was the only one working. However, life became an uphill battle when my father was retrenched.

My father was forced to come back home and without an income.  Life became difficult for us. My mother had to take on under-paying jobs in order to make ends meet,” said Wandile.

His mother cleaned houses, but her salary was not enough to cover their needs. “This was the lowest point of our lives. We sometimes did not have food in the house and she could not afford to buy us new clothes. We lived on handouts from our relatives and neighbours. We lived in that situation for almost six years until my father received his old age social grant,” said Wandile.

In search of greener pastures, Wandile left his home town and moved to Cape Town. However, life did not go as planned.  He struggled to find a permanent job for almost two years.

“I only relied on the temporary jobs. I later moved to Johannesburg, but things did not get any easier for me. I stayed with my relatives and depended on them financially. I later got a job as a security guard.  That’s when things became better  as I was able to take care of myself,” he said.

One day he watched the church’s programme Worker’s Prayer on TV and saw testimonies that caught his attention.

He then decided to attend services at the Universal Church because he also wanted God to change his life just as He had for  those people he saw on the church’s programme.

Wandile not only had financial problems, but he also suffered from ulcers. “I went to doctors and many places in search of healing. I tried all that I could, but none of that healed me,” he said.

A pastor in the church advised him to take part in the Chains of Prayer for his life to change. He attended Monday services for his finances to improve and on Tuesdays for his healing. “I trusted in God and believed in His miracles for my life to change,” he said.

“That same year the Campaign of Israel was introduced and even though I had no in-depth understanding of the Campaign, I still took part. God honoured my faith.  The following year, I found a job as a police officer. God continued to show His power in my life,” he said.

Wandile met Ncumisa in the church and they got married after dating for a year and were blessed with a daughter. His finances improved and he was able to buy himself a car. “In 2020, I was promoted to become a sergeant. Out of everything that God has blessed me with, nothing surpasses the presence of God in my life. The peace I have inside of me is inexplicable,” said Wandile.

Poverty Exposed Me To Criminal Activities

From the age of 11, Godfrey and his two siblings had to learn to fend for themselves and become involved in criminal activities to put food on the table.

Convinced I was a failure

âFrom primary school I was a low performing student. My siblings did way better than me and they received awards.