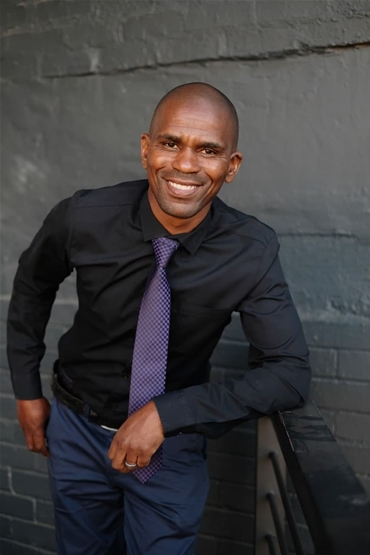 Jabulani’s parents separated when he was very young and he was forced to live with his aunt and her children.

“We were many people staying in one house and we lived under hard conditions. I walked to school barefoot and I did not have a proper school uniform. I went to school without a lunchbox. The teachers at school often brought me food and also helped with my tuition fees.

My uncles could not help me since they had their own responsibilities. I blamed my father for my suffering because of his absence from my life,” he said.

To get rid of his frustrations, Jabulani always played soccer with his friends. He was afraid of going to the shops with them because they would see that he had no money to buy food. To make matters worse, he had a disability which left his  right leg shorter than the left.

“My disability used to depress me a lot. I was often mocked by people who were supposed to encourage me. I did not see a reason to live and I contemplated suicide. After some time, my mother passed on and I found out that she had been forbidden to visit me while she was still alive and that broke her heart,” said Jabulani.

Jabulani was given a Stop Suffering newspaper when he passed a Universal Church. “I read stories of people who were in similar and even much worse situations than mine. I decided to go to the church and I spoke to the pastor about the death of my mother. I thought he would feel pity for me and give me a donation, but instead he encouraged me and advised me to give my life to God. He also told me that I had not come to the church by coincidence.

I started attending services in the church. I attended Wednesday services to seek the presence of God because I wanted the void inside of me to be filled. I attended on Mondays for my financial problems and Fridays for my deliverance from depression,” he said.

Jabulani learnt about the importance of forgiveness and he eventually forgave his father. He got a good job and now has a house of his own. He has married and has children.

“My life changed, even though I thought I was destined to suffer and live in misery for the rest of my life.

The greatest blessing is the joy and peace that I have inside of me. God really transformed my life,” he said.

Longing for the Presence of God

I was already a member of the Universal Church. I started attending services with my mother when I was a toddler. However, I was not committed to God. I used to lie, gossip and I was also short-tempered

Struggling to accept her parents divorce

My friends were nowhere to be found and I was all alone. When I told my mother about the pregnancy, she was very disappointed in me. I felt like the world had completely stopped. I was hopeless. With everything that was going on, I became very depressed and wanted to end my life. I wanted to free my parents from the embarrassment