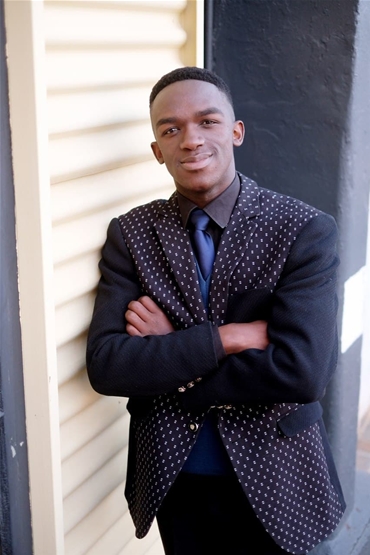 He tried committing suicide because he felt neglected and unloved by his father who had left him when he was five years old after his mother passed away.

“My father left me and my two siblings without telling us where he was going. From that day, he never came back home. I was angry and bitter. I had to move in with my grandparents because I had no one to look after me while my siblings were at school and work.

My grandparents took care of me, but I was still angry at my father and I held grudges towards him. I became sad when other children spoke about their parents. I felt, I could dig myself into a whole and not come back, “he said.

In high school he started robbing people. It started with stealing a bicycle then it escalated to cell phones and money.

“I felt happy and in control when I robbed people their belongings. However, when I was alone at home, I still had a void in me,” he said.

To end his pain, he tried committing suicide. He had sleeping tablets that were prescribed by the doctor because He could not sleep at night.

“I tried committing suicide with those tablets.  I drank more than a packet of sleeping tablets. I had stomach cramps, I felt dizzy and I had a white foam coming from my mouth.

I was scared because I thought it was going to be easy to take my life. I went to my grandparents’ room and the next thing I woke up in hospital. I spent three months in hospital. The doctor told me that the tablets caused a liver infection and I had to stay longer for treatment,” said Boitumelo.

In hospital Boitumelo had time to reflect on his life and realised he needed to change.

“When I was discharged, I started attending services at the Universal Church with my grandmother. I attended services and joined the Youth Power Group.

I committed my life to God. I read the Bible and prayed often. I then cut ties with my old friends and their bad influence on me.

I was able to let go of the past and surrender my life to God. I was delivered from suicidal thoughts. I am no longer angry or depressed. I have peace and respect other people.

I now sleep peacefully because the presence of God gave me the comfort I needed. I have not seen my father since he left, but I don’t hold anything against him,” said Boitumelo.

Poverty Exposed Me To Criminal Activities

From the age of 11, Godfrey and his two siblings had to learn to fend for themselves and become involved in criminal activities to put food on the table.