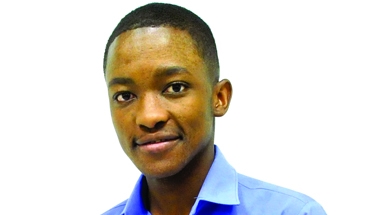 He followed us there and chased us out of the house.  I developed hatred for him, even when we lived with one of my aunts. I never felt at home. I cried every night because I was hurting and angry.

I was so emotionally exhausted that I dropped out of school in grade 12," he said. In search of relief from all this pain, Buhle started drinking alcohol and going to night clubs.

"I later moved to Johannesburg where I lived with my cousin who always brought home the Universal News.  My aunt watched the Worker's Prayer every morning without fail so I started attending the services with them and understood that being unforgiving was more like committing suicide.

I was slowly able to let go of the grudges I held against my stepfather and aunts. I stopped drinking alcohol and going to parties after I gave my life to God. I was also encouraged to go back to school and finish my matric. Today I am guided by God's principles and I am at peace with everyone around me," said Buhle.

Aged only seven years, Thembelani had to choose between his mother, who battled to provide for ve children, and an absent father who had money but chose not to spend it on his children.

Struggling to accept her parents divorce

My friends were nowhere to be found and I was all alone. When I told my mother about the pregnancy, she was very disappointed in me. I felt like the world had completely stopped. I was hopeless. With everything that was going on, I became very depressed and wanted to end my life. I wanted to free my parents from the embarrassment