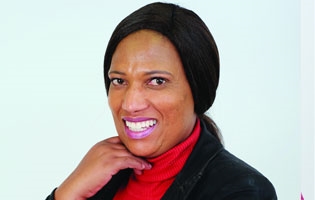 Narie's good deed in taking her niece out of a rural school to give her good education left her feeling betrayed and heartbroken. After barely a month, she found out that her husband was having an affair with her niece.

"I was shattered. I felt humiliated and ashamed when my niece became pregnant and my husband confessed that he was the father of the baby. I sometimes felt like I was going to lose my mind. I felt alone because nothing made sense. My husband and my niece didn't show any remorse. They were playful in front of me and sometimes left me alone in the house. My family did not intervene, despite my calls for help.

I tried committing suicide by hanging myself from the roof, but my husband caught me in the act and stopped me. I was angry at him and I wanted to kill him by mixing poison into his food, but battled to find poison," she said.

"I attended the services every day and asked God to heal me and give me strength to move on with my life. Attending services helped me understand the importance of forgiveness. I did just that because I wanted to free myself emotionally and start over with my life. I moved back to my parents’ house and left my niece and husband in my matrimonial house.

Three years later I met Smoy in the church. We dated for a few months before he married me. God healed me from the hurt I suffered in my previous marriage and I am now happily married to a man who fears God," she said.

Being given more house chores than her younger sister, Mandisa felt unloved and unfavoured by her parents. As a result, she became disrespectful towards them although she was well-behaved at church.

Night time was my nightmare

For seven years Desmond was tormented by evil spirits, heard voices, had bad dreams and could not sleep at night.