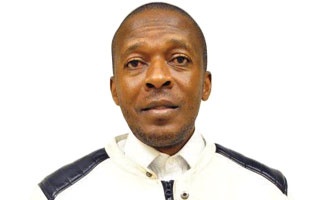 Taking part in the 21 Days Fast of Daniel gave Motsamai the comfort and healing he needed after losing his wife of eight years.

"My wife passed on after a long illness and I found it difficult to accept the loss. I felt lonely and empty without her. I could not sleep at night, thinking how life was going to be without her. I became stressed and I sought comfort in alcohol.

I drank heavily in order to forget my problems, but that did not help me. I sold everything in the house including my furniture when I did not have money to buy alcohol, but I still battled to sleep at night and come to terms with my wife's passing on," said Motsamai.

He consulted a doctor who diagnosed him with depression and put him on antidepressants.

"I had to drink tablets each night in order to be able to sleep. That year, I was invited to attend services at the Universal Church. I took part in the chains of prayer on Fridays and asked God to deliver me from alcohol. After two months in the church, I was able to stop drinking alcohol. I took part in the 21 Days Fast of Daniel after a year in the church and asked the Holy Spirit to be my comforter.

During the fast, I attended services every day, prayed often, read the Bible and the books of the church.  I surrendered my life to God and sought His presence. The Holy Spirit gave me peace, comfort and filled the emptiness I had inside. I am now at peace with the passing of my wife and embracing the love of God and the comfort from the Holy Spirit," said Motsamai.

Loss left me in despair

Nhlanhla's father's gruesome death left the 14-year-old boy hopeless and heartbroken. It was difficult for him to wake up every day and to face going to school.