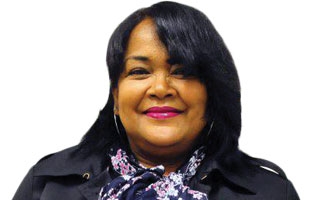 Empty promises drove me to depression

Dating and having three children with a married man who only made empty promises to leave his wife drove Cheryl into a depression over her shameful life.

"I was a student and he was a lecturer at the same institution when we started dating. He promised that he was going to leave his wife and start a family with me. Our relationship continued after I completed my studies and found a well-paid job. I became pregnant with our first child after two years in our relationship. He was a good provider and I never lacked anything for the child. We had two other children in the next four years," she said.

Years went by but the father of her children did not leave his wife, instead his behaviour changed.

"He told me one lie after another and from sending thousands of Rands, he cut the money to a hundred Rand for three children. Things were really hard for us and we had to reduce our standard of living. The thought that I had already given a married man three children pained me.

I slipped into depression because I had no one to talk to as my family had been against our relationship from the time we started. The final blow was when his relative told me that he had fathered other children outside his marriage. I could not bear the pain he put me through and I resigned from my job," said Cheryl.

Things went from bad to worse when Cheryl's children, aged between 13 and 20 years, dropped out of school one after the other and started using drugs. She was invited to the Universal Church in 2015.

"My daughter was barely at home because she spent most of her time with drug dealers. I continued attending church services and prayed for the restoration of my family. I also asked God to give me strength to get over my partner who had already gone back to his wife," she said.

After two years in the church, she was offered a job in South Korea and left her children with her sister.

"That was when my healing from the pain I endured from my relationship started and my financial life improved. I continued using my faith and prayed for my children to change. They stopped taking drugs and they started attending church services. I visit home often and attend services with my children. I'm happier and have inner peace because God took me out of darkness and provided for me and my children," said Cheryl.

Dealing with the loss

Abigail found it difficult to accept the passing of her mother and to cope with the hardship of being raised by an unemployed sister.

God, the provider, enabled her to provide for her family

Battling illness and being hated for traying o make a living for her two children was what Anah had to deal with in a foreign country.

Made to believe a lie

By the age of 16, Johannes started living out his stepmother's predictions.