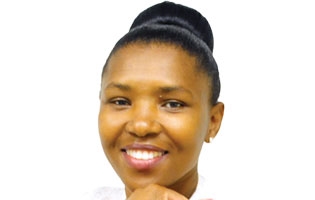 He took my innocence away

When my parents' employers went on vacation, they took my parents with them and left the children in the care their friend. A family friend's son took advantage of me. He sneaked into my bed and covered my mouth with his hand before he sexually abused me. He threatened me not to tell anyone about what happened because he was going to kill me. His cruel action made believe that he was going to kill me and I kept my ordeal a secret that later haunted me.

I developed anger against my parents and believed that they exposed me to the abuse I suffered. I attempted to commit suicide when I was 14 years old and tried again two years later. I drank poison the first time and collapsed while playing with my friends. My father took me to hospital. Two years later, I boiled a mixture of different bath soaps, but my sister caught me before I could drink it.

In the final attempt I wanted to set myself alight and I poured paraffin onto my clothes.  My uncle extinguished the fire before it could harm me. I only burnt my skirt. In 2000 I was invited to the Universal Church by my sister. I attended services on Fridays for deliverance from suicidal thoughts and anger. After three months in the church the pastor called to the altar all the people who had been sexually abused and I went up for a prayer.

That prayer brought me healing from my painful past. I understood that my life was precious to God and I stopped entertaining suicidal thoughts. I also forgave my perpetrator even though he has passed on and I stopped blaming my parents for something they did not plan. I have peace in the presence of God," said Xoliswa.

Phindiwe's series of painful events began after her live-in partner of ten years moved to Johannesburg and left her to raise their two-year-old son alone.

I grew tired of the abuse

Thulisa remained in a loveless and abusive relationship for six years because she was unemployed and feared she could not raise her two children alone, She had a two-year-old daughter from a previous relationship when she met her boyfriend.

The insulting phone calls Siviwe received from the wives of the married men she dated made her realise that she was a family wrecker and challenged her to change.