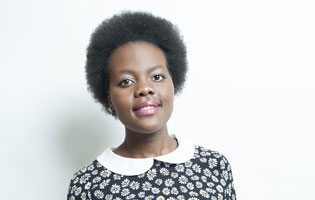 I battled with lies for many years

Taking part in the 21-day Fast of Daniel helped Nokuthula to break away from the life of lies and disrespectful behaviour that she battled with for many years, even after she came to the church.

She came to the church with her mother when she was six years old, but started stealing money at home, telling lies and disrespecting her parents.

"I stole money from my parents and bought snacks for my friends at school. I denied taking the money and my parents believed that I was innocent.  I back-chatted my parents and I became angry when they corrected me. I sometimes did not speak to them for days because I wanted to make them feel guilty for shouting at me. I participated in Sunday School activities and obeyed the teachers, but I was a different person at home. I knew I did not live right before God because I lied, stole money and disrespected my parents," said Nokuthula.

After she joined the Youth Power Group in the church in 2012, Nokuthula understood the importance of living a life that was pleasing to God. "Knowing that I was disobedient to the word of God made me fear death because I knew I was going to end up in hell," she said.

When the 21-day Fast of Daniel was introduced in the church, Nokuthula took advantage of it and committed to changing her life.

"I made sure I did not miss Wednesday and Sunday morning services. I read the Bible and prayed more often. I opened my heart to God and asked Him to change me. I was able to resist the temptation to steal, even when I saw the money at home. I did not have to lie to my parents anymore because I had nothing to hide from them. I became honest and stopped stealing. I developed a teachable spirit and my parents were able to correct me. My spiritual life and my relationship with God became so strong that I did not want to lose it for anything. Having the Holy Spirit in me made me not fear death, but gave me the assurance of my salvation," said Nokuthula.

Searching for what I did not have

Searching for the things he could not get at home, Marvellous became friends with people who influenced him badly. He was raised by a single mother who battled to provide for her four children.

I lied to my parents and never took my studies seriously

Trying to fit in with the group of friends she had, Phindile lived a wild life, lying to her parents and not taking her studies seriously.

Losing her mother when she was 14-years-old, as well as an uncle two years later, left Ongeziwe with a void that nothing was able to fill until she committed to God.