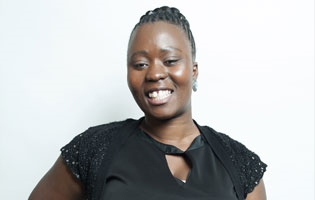 I dated men for money

Busiswa switched from one relationship to another because she only looked for men who gave her money to buy the things she wanted and which her parents could not afford.  Her parents worked but earned too little to provide for Busiswa and her three siblings.

"When I got to grade 10, I realised I did not have the kind of clothes that other children wore on weekends. I only had one pair of shoes that I wore until they broke. I then dated men who were already working because I wanted them to give me money. One of the men I dated was six years older, but I did not care because he provided for me financially. I moved from one relationship to another and all I wanted was money," said Busiswa.

"My love of money made me lose concentration on my studies. As a result, I failed grade 10 twice before I dropped out.  My parents never asked me about the new clothes I had," she said.

In January 2015 Busiswa watched the Universal Church’s ‘Stop Suffering’ programme on TV and the testimonies she saw challenged her to change her lifestyle.

"I realised that by depending on men for financial support I was giving them ownership over my body. My conscience never gave me rest from the day I watched the church's programme. I looked for a Universal Church nearby and started attending the services because I knew I needed help," she said.

She took part in the chains of prayer on Wednesdays for her spiritual development.

"As I kept coming to the church, I understood that the spirit of God does not live in an unclean place and I broke up with the man I was dating at that time. I sometimes worried about how I was going to maintain my lifestyle without the money I got from my boyfriends, but I continued and trusted God to provide for me.

I sought His presence in my life. God blessed me with a job, something that was a far-fetched dream for me since I did not have qualifications. I am now able to provide for my parents and my siblings.

I sought God's presence in my life. I learnt to read my Bible often and applied the teachings of faith in my daily life. I now have the spirit of God that guides and directs my steps to leading a clean life," she said.

I endured the abuse because I had nowhere to go

After Simangaliso and her partner lost their first jobs in Johannesburg, he started abusing her physically and emotionally.

I overcame the fear of death

Elizabeth was haunted for years by the belief that her family was cursed and she would be the next one to die.

Resentment and anger filled Lerato's life when her mother lost her job and sent her to be raised by her uncle. "I was about to start grade eight when my mother lost her job. She then took me to my uncle because she could not provide for my school needs."