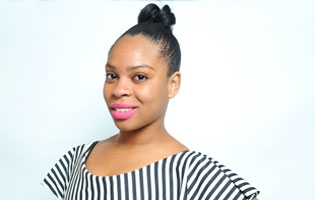 I realised I was wasting my life

It took the death of the father of her child for Nikiwe to realise that life was too short to be wasted. She started drinking and smoking cigarettes when she was 15 years old. She also stole money from her family in order to pay for her lifestyle.

"I drank on weekends and I hardly went to school on Mondays because I was tired and hung over. I eventually dropped out in grade 11 because I did not see the importance of education," said Nikiwe.

She became pregnant a year after she left school.

"My father was so angry with me that he did not want anything to do with me. He also told me he was not going to help me financially. I knew I had disappointed him with my pregnancy, but I did not lack anything because my boyfriend provided for me financially. He belonged to a gang that was involved in criminal activities. I didn’t care where the money came from, as long as I got to spend it," she said.

The unexpected death of her boyfriend when Nikiwe was four months’ pregnant made her realise that life was too short to be wasted.

"He was shot dead while he was robbing someone. That was the most difficult time for me because I was not working and my father was still angry with me. I felt it was the end of the world for me and my unborn baby," said Nikiwe.

Her sister invited Nikiwe to the Universal Church after she gave birth.

"I came to the church because I wanted to give up my wild life and become a responsible mother to my daughter who was going to grow up without her father. I took part in the chains of prayer on Fridays and asked God to deliver me from my addictions. I became faithful to God and trusted Him to change my life," she said.

She stopped drinking and smoking after a year in the church.

"I also stopped stealing money from my family. At a service, I was encouraged to improve myself so I went back to school. This year, I am doing my matric and am determined to work hard in order to pass, because I have a child that I need to provide for. I was also able to make peace with my father because I understood it was wrong for me to fall pregnant out of wedlock. Giving my life to God made me a responsible woman who understands her value and has her priorities in order," she said

Dealing with the challenges of growing up without a mother, becoming pregnant at 13 and burying her grandmother two years later, was all Queen went through before she was invited to the church in 2007.

I dated older women to finance my lifestyle

Envy of his friends who came from well-off families and wore expensive clothes pushed Lebogang into a life of crime and dating older women who gave him money.