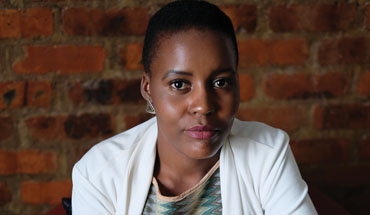 She sold clothes at a flea market in order to provide financially for her little sister who remained at school.

Sinqobile started dating at 19 and became pregnant that same year, an action which marked the beginning of many painful episodes in her life.

“Things changed when I was four months’ pregnant. My boyfriend befriended different women and became physically abusive towards me. This continued throughout my pregnancy. Twice he chased me out of the house we lived in at a game reserve and I had to sleep outside in the open. I eventually started entertaining suicidal thoughts and felt it was better for me to end my life instead of enduring the abuse I suffered at the hands of my boyfriend.

I always prayed and asked God to send dangerous animals my way so they could eat me alive, but it never happened. I also overdosed on tablets I had in the house, believing they were going to kill me, but still nothing happened,” said Sinqobile. She later moved in with the mother of her boyfriend who was on her death bed.

“I took care of his critically ill mother while I had a little baby to look after, but he never appreciated me. Instead he would call and tell me he did not love me anymore. His mother succumbed to a chronic illness and I had to move in with a relative. Life was never easy for me because I was unemployed,” she said.

In 2018, Sinqobile moved to Johannesburg where she stayed with her aunt, a member of the Universal Church. “I attended services on Wednesdays with her and I prayed for my spiritual development and healing
from my painful past. I found a job after a month in the church. I was also reunited with my sister and we now live together.

The presence of God enabled me to put my painful past behind me and embrace the love of God. Suicidal thoughts ended because I see each day as a blessing and an opportunity to do great new things,” said Sinqobile.