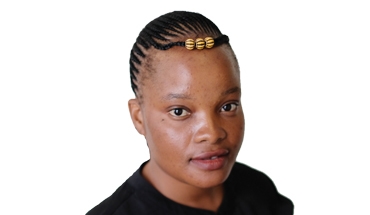 I Wanted Him Dead

Overwhelmed by anger, Tracy looked for a hitman to kill the father of her two children, whom she suspected of shooting her boyfriend.

Tracy ended her relationship with the father of her children after he physically abused her and stabbed her while she was sleeping. “I dated another man who was everything to me and made me happy. That ended after 18 months when he was shot and landed in hospital.

When he was discharged, his family came and took him back to his home country without my knowledge. The pain of being separated from my boyfriend was unbearable for me.

That same month the father of my children called me and asked me to take him back. His call angered me and made me suspect that he knew what had happened. That was when I started searching for a hitman who would kill him, but I was put o when the man I found asked me for sexual favours as payment,” said Tracy.

In the midst of her anger and heartbreak, Tracy was invited to attend services at the Universal Church and advised to attend on Fridays for her deliverance. She also took part in the Chain of Prayers on Wednesdays for her spiritual development.

“Forgiving the father of my children was not easy, but I understood I had to do it because it was God’s character. I was later able to forgive him and understood that killing him was ungodly.

I am no longer angry at him and we are both involved in our children’s upbringing. Seeking the Holy Spirit and meditating on the word of God gave me the peace I never had,” said Tracy.

I sacrificed my dream to save my family

I lived with my parents in a bachelor flat while my elder brother had his own place. My mother sold vegetables to help my father who earned too little to provide for our needs. I started working on weekends and used my salary for transport

Longing for the Presence of God

I was already a member of the Universal Church. I started attending services with my mother when I was a toddler. However, I was not committed to God. I used to lie, gossip and I was also short-tempered