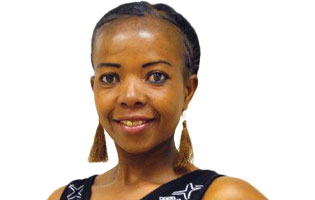 Learning to fend for herself at seven

Losing her father when she was two years old exposed Charlotte and her sister to a life of poverty and crime from an early age. Her mother abandoned the two girls five years after the passing of their father.

"My elder sister was nine years old and I was seven when we had to learn to fend for ourselves. We went to a taxi rank where we pretended to be boarding a taxi, took up the front seat and stole money from the dashboard before we disappeared into thin air. We changed taxi ranks so that we would not be noticed. The poverty we were subjected to made me hate my mother who abandoned us," she said.

Her mother visited Charlotte and her sister for the first time after three years.

"She only stayed with us for a month and that was the best month of my childhood because I did not worry about what we were going to eat," said Charlotte.

Charlotte dropped out of school when she was 16 because she tired of borrowing stationery from other learners and wearing a torn school uniform.

"To keep myself busy, I started dating and I became pregnant a year later. I moved in with my boyfriend because he provided for me. That year my mother came back home, but I was already living with the father of my child," she said.

In 2006, Charlotte started attending services at the Universal Church, but found it difficult to forgive her mother.

"I attended services on Fridays for deliverance from anger and it took me eight months to be able to release her from my heart. I went back home because I understood it was not right to live with the father of my child before we were married. I am at peace and invest time in building my relationship with God," said Charlotte.

Losing his father at an early age and being raised by a mother who drank heavily and neglected him left Johannes emotionally drained. His home situation affected his studies badly.

He took my innocence away