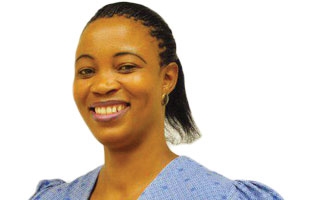 My anger grew after my baby passed on

Molaeng's life turned into a series of painful events that started after she was sexually abused by a stranger while she was seven months pregnant. She gave birth to a premature baby which only lived for four months.

"I went to fetch wood near the river when I was approached by two men who grabbed me, threw me to the ground and one of them sexually abused me. He left me in terrible pain and I walked slowly to the clinic where they told me that the baby was doing well.  However, I did not carry the baby to term and gave birth the following month.

I was going through mixed emotions after I gave birth and spent two months in hospital with my baby. My baby became weak after we were discharged from hospital and she passed on two months later. My anger grew after my baby passed on. I felt that my baby should not have died if I was not sexually abused while I was pregnant," said Molaeng.

Her relationship with her boyfriend ended soon after their baby passed away. Six years later she moved in with a new partner and they had three children within a space of five years. She started attending services at the Universal Church in 2011, but was not committed to God. In 2016, she was in another relationship.

"I lived with my partner until he instructed me to terminate my pregnancy. I refused to have an abortion and I moved out of his house. That was when I realised I needed to surrender all my sufferings to God," she said.

She committed her life to God and asked Him to help her forgive the man who sexually abused her.

"I was able to forgive my perpetrator and put my painful past behind. My act of forgiving gave me inner healing and peace," said Molaeng.

While grieving the passing of her husband, Jessie had to deal with her insensitive in-laws and infirmity in her family.

Breaking up with the father of her two children after they had lived together for five years left Ntshabeleng depressed and suicidal.