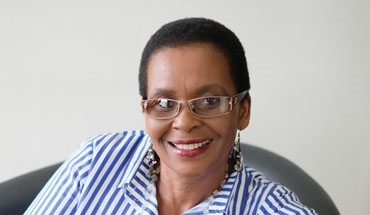 Her parents lived and worked in another town while she stayed with her grandmother. “Learning about the passing of my mother just a day before she was due to visit me for Good Friday, wrecked me emotionally. I cried bitterly because I could not imagine how life was going to be without her. The only thing that kept me going was my father’s and my grandmother’s love.

Two years later, my father followed after a short illness. Losing him awakened the pain I felt after I lost my mother. No matter how much I tried to be a normal child, deep down I was broken and utterly confused. could not understand why everything happened so fast,” said Alicia.

Losing her grandmother when she was 15 was the final blow for Alicia. “I had nothing to live for anymore. I became dejected. I moved in with my elder brother who worked,” she said. In 2000, Alicia started attending services in the Universal Church. “I attended services on Wednesdays and asked for healing from the pain of losing the three people who were so dear to me.

At a service, I learnt that God is the one who gives and takes life. I understood that their time had come. The Holy Spirit assured me that I was not alone because He is always with me. I also attended Monday services and asked God to open new opportunities for me. After five months in the church, I found a job as an assistant on a train and was promoted the following year to be a train driver.

My finances improved and I was able to buy a two-bedroomed house. The presence of God gave me hope in my hopelessness and empowered me to achieve things I
thought were impossible for me,” said Alicia.