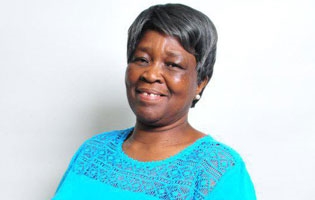 My world came crashing down

Lydia's dream of marrying her partner of five years and the father of her son was short-lived as her husband passed away three months after they were married.

"He was involved in a car accident and was declared dead on the scene. Our son was five years old at that time and we lived with his parents. His passing left me devastated because I was unemployed and had a son to provide for. After my husband's funeral I went back to my parents’ house because I did not want to become a burden to my in-laws. My parents offered me emotional and financial support," she said.

Finding a job became another thorn in her flesh because of the black clothing she wore during her mourning period.

"The black garment I wore was associated with bad luck and no one wanted to hire me in their company because they did not want to invite misfortunes into their businesses. That pained me because I wanted to be independent and be able to provide for my son," said Lydia.

After she completed mourning, Lydia found a job even though it did not pay her well.

"I moved out with my son and rented a room. Life was difficult for me as I only had a bed and a paraffin stove. I kept our clothes in plastic bags because I did not have a wardrobe," she said.

Her sister who knew her financial difficulties invited Lydia to the Universal Church in 1998. She attended the services because she wanted God to change her situation. She took part in the chains of prayer on Mondays for her finances.

"I learned that there is nothing impossible for God and all I needed to do was to trust Him. I asked God to bless me with a job. I put my faith into action and applied to different companies. Three months later, I found a job with a better salary. I attended the services on Wednesdays to develop my spiritual life.  The presence of God in my life strengthened me and I was able to accept the loss of my only son who passed on when he was in his mid-thirties," said Lydia.

Dealing with the loss

Abigail found it difficult to accept the passing of her mother and to cope with the hardship of being raised by an unemployed sister.

Witnessing her mother being physically abused by her father turned Sharon into an angry teenager who then acted on her rage and landed up in jail.