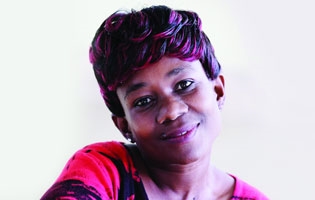 "My child's ill health was what brought me close to God because if it wasn't for his illness, I wouldn't have had an encounter with God or forgiven my ex-husband who physically abused me.

I was married for over 14 years when I decided to leave my abusive and unloving husband.  When I met him, I had a child from my previous relationship. While we were married, we had three children together. However, I lived in fear because my husband physically abused me in front of our children.  I was only able to leave that loveless and abusive marriage after 14 years.

I was able to move on and I was in a relationship with another man, but I was still bitter and angry for what my ex-husband did to me.

A year later I became pregnant. When my son was born, he could not breathe properly. I had to stay with him in hospital for three months because he needed oxygen to breathe. I was stressed and had sleepless nights because I thought he was going to die. The doctors told me that my son would need an oxygen machine when we went back home.

As I kept on attending services, I realised that my past left me with unresolved issues.  When I thought about my ex-husband, I became angry and cried. I spoke to a pastor's wife and opened up to her about my problems. She taught me how to deal with my traumatic past experiences and put them behind me.

She advised me to attend Wednesday services in the church for inner healing. In these services I learned that I needed to forgive those who wronged me in order to be forgiven and be able to let go of the past. I surrendered my life to God. The presence of God gave me the assurance of my salvation. I now have peace of mind because I was able to forgive my ex-husband. My son is now two years old and healthy. I came to pray for my son's health, but I received something greater than that, which is the presence of God in my life," said Tiny.

Believing that she was overweight, ugly and not good enough subjected Mpho to a miserable life of self-hatred for four years.

An incident that took away my confident

Patricia turned into a shy and sad teenager after she was sexually abused at the age of 16. The incident that took her innocence away happened when she was walking from a church night vigil with her friends.

Emotional abuse and rejection were part of Karabo's life after she moved in with her brother.