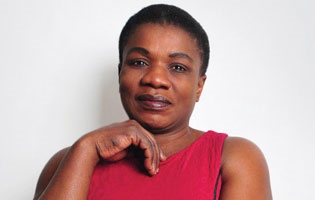 Quest to avenge ended in jail

Belinda was introduced to shoplifting in order to raise money she needed to avenge the deaths of her brother and sister-in-law.

"I suspected witchcraft by one of our neighbours for their passing on because they were the only two out of four people who were in the car when it was involved in an accident. The person who was going to help me avenge their death, needed a payment of R10 000 and I did not have it. I was then introduced to shoplifting because I needed to raise that money," she said.

Belinda was arrested on her first day shoplifting and sentenced to three years in prison.

"Police got a tip off and they found me in the car that had stolen clothes worth R100 000 while the other ladies I was with managed to escape. I was arrested and sentenced to three years in jail. My three children were left with my aunt and my family did not want anything to do with me. As a result, they did not visit me," she said.

While in prison Belinda suffered a stroke that contorted her features and caused a speech impediment.

"That was the painful time in my life. I cried every day and I was always sad. I also missed my children. I was in and out of the hospital prison without anyone in my family knowing that I was ill.  All I wished for was to die instead of living such a miserable life," she said.

One afternoon Belinda was on her way from the prison hospital when she was invited to the service that was conducted by the Universal Church pastor in prison.

"I attended the service, but I did not hear anything because I was crying until the end of the service.

I was then offered a prayer and counselling.  A pastor's wife advised me to take part in the "Nothing To Lose" course they offered in prison and left me with a Bible verse to read. Since that day I developed hope that my misery was going to end.

I took part in the course where I understood that prison was not the end of life for me but I was there because I committed a crime and I needed to be punished. I also learnt how to pray and use faith to change my situation. In all my prayers I asked God to forgive me for the wrong I did and soften the hearts of my family members to forgive me. I felt positive after each class and I was then baptised in water. Two days after I was baptised, my face went back to its normal shape and I was able to speak clearly. That encouraged me to trust God even more.

One afternoon my brother visited me for the first time, a week later my long-time partner visited. I made prayer my daily bread and that gave me peace within. Through my faith in God I only served a year and six months, and was released on parole. I am  happy to be home with my children and my family has forgiven me," said Belinda.

Searching for a better life

In search of a better life, Gideon left his unemployed mother back in his home country to look for a job in Johannesburg when he was 24 years old. On his arrival in Johannesburg, he found a job at a construction company and shared a flat with six people.

Despite being a member of the Universal Church for 13 years, Tshidiso still battled to forgive his father who abandoned him. Tshidiso was raised by a single mother who worked as a domestic worker and struggled to provide for him.

Learning about her husband's infidelity and the two children he fathered outside their marriage left Rose angry and bitter. After seven years of marriage, Rose's husband started going out on weekends and coming home late at night.