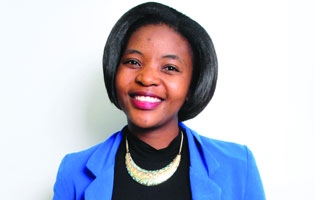 Rejected and punished for doing good

Phumeza's life became a living hell after she decided to remain in the Universal Church when her parents left. Her decision angered her parents who ill-treated her from that time onwards.

"I was 16 years old when my parents introduced me to the Universal Church and I made it my second home. Things however changed when my parents decided to attend another church a year later. I remained in the Universal Church and that was what complicated my life and ruined my relationship with my parents. They treated me differently from my siblings. They stopped paying for my transport and I had to walk to school. They starved me and refused to give me food. I ate from the school's feeding scheme," said Phumeza.

She recalls one day when she slept outside after she came back from church because she found the door locked.

"That day I arrived home at 7pm and I found the door locked.  I knocked and no one opened for me. I ended up sleeping outside. I became angry and hated my parents for their cruel action," she said.

Unable to handle the pressure from her parents, Phumeza gave in and stopped attending services at Universal Church.

"My life worsened after I stopped attending the services because I did not fear God any more. I wore revealing clothes to get people's attention and changed boyfriends. All my relationships did not last longer than two months. Having done it all, I still felt empty, lonely and unfulfilled," said Phumeza.

In 2015, she dated someone and became pregnant a year later.

"I moved in with the father of my baby. I continued going for prenatal check-ups and that was when the doctors told me that I had serious complications with my pregnancy. They told me the baby's one leg was going to be disabled and she was not going to be able to walk. Three days after I gave birth, I was advised to sign for the baby's leg to be amputated, but I refused. Deep down in me, I knew there was nothing impossible for God. I went to the Universal Church and spoke to a pastor about my daughter's disability and he gave me blessed oil that I applied on my daughter's body with faith," said Phumeza.

She continued attending the services and recommitted her life to God.

She also took part in the chains of prayer on Tuesdays for her daughter's healing and Wednesdays for  her spiritual life to develop.

"A year later I ended my relationship with the father of my daughter and moved to my own place because I understood that cohabitation was wrong. Giving my life to God gave me peace and filled the void I had. I was also able to forgive my parents for ill-treating me because God forgave me for the wrong things I did when I was away.

My parents were later able to respect my decision to be in the Universal Church and we have a good relationship. My daughter is now two years old and she can walk properly. My encounter with God made me vow not to go back to my old life again," said Phumeza.

Hurt in the name of love

Being in an abusive relationship for nine years left Queen an angry and bitter person. She started dating her boyfriend when she was a teenager and their relationship began well.

Unhappiness, heartbreak and self-blame made up Masethebe's life before she was diagnosed with depression.

I was Suicidal after a divorce

Steward saw suicide as the only way to escape his miserable life after his marriage of seven years ended in divorce.