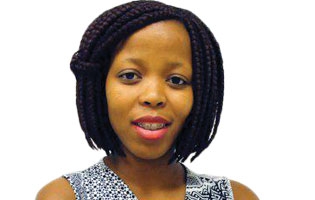 Witnessing her mother, who was physically abused at home in front of her, turned Puseletso into a bitter and angry child who later suffered from depression.

"My mother's partner, who lived with us, abused her  in front of me. He came home drunk late at night and started beating up my mother. Their fights disturbed me and woke me up. He would not stop beating my mother until neighbours came into our house to plead with him to stop.

The abuse was so bad that my mother later had a miscarriage. My mother started venting her anger on me. She emotionally abused me and told me that I was useless. That killed my confidence and I had low-self-esteem," said Puseletso.

This situation was so depressing that Puseletso  thought of  committing suicide.

"I wanted to drink paraffin and then hang myself in my room, but I did not have the courage," she said.

In 2005, Puseletso’s mother was invited to the Universal Church and she attended the services with her. She took part in the Chains of Prayer on Fridays for her deliverance from suicidal thoughts and depression.

"I understood that my mother was going through so much pain and I was able to forgive her. I also realised that killing myself was not the solution to my problems. I trusted God with my family problems and my mother was later able to get out of her abusive relationship. We now live peacefully and happily together. I was also delivered from suicidal thoughts. I regained confidence in myself and I understood my value and purpose to God," said Puseletso.

A breadwinner at 15 and lost first child at 18

Maria had to drop out of school in grade five to care for her four siblings after her mother was diagnosed with tuberculosis and became bedridden.

Becoming pregnant while in her first year at a college turned into "a hell of a ride" for Nomzamo who was disowned by her mother and rejected by the father of her unborn baby.

I dated men for money

Busiswa switched from one relationship to another because she only looked for men who gave her money to buy the things she wanted and which her parents could not afford. Her parents worked but earned too little to provide for Busiswa and her three siblings.