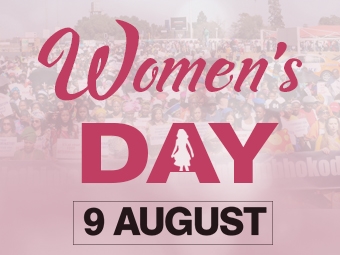 Join thousands of women, men and children, in a 5 km in silent march from the Maponya Mall in Soweto to the Universal Church in Diepkloof, paying tribute to legendary leaders who, 61 years ago, became catalysts for change in South Africa, and pledging solidarity with and speaking on behalf of those who are victims of abuse.

The Star of David

The star of David is a six-pointed star made up of two overlaid equilateral triangles showing the connection of our soul to God.

Your Family in the Ark of God

During the flood, Noah and his family found refuge in the ark, because Noah was righteous before God. God's protection and provision kept them safe from the flood.

Be positive if you are +ve!

The theme for World AIDS Day on 1 December 2019 is: Communities make the difference. Communities, including health workers, peer educators, grass root activists and volunteers play an essential role through leadership, education and supporting those infected with and affected by HIV.