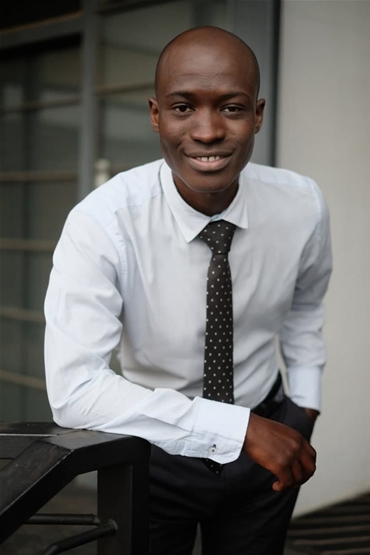 “I needed to be intoxicated in order to cope with the loneliness I was feeling inside.”

Growing up in a family of five, Tisetso was raised by a single mother who did her best to provide for the children.

“My father left when I was still young, so I did not know him. My mother did her best to provide for us and sent us to the best school. As I grew older, I started to feel lonely. I needed a sense of belonging and I did not have peace inside of me,” he said.

Tisetso tried to find pleasure in everything that he could think of but nothing could fill the void inside him. With all that he was facing, he became pessimistic. “I was always negative about my life and anyone who tried to help me. I was filled with anger because I felt unloved by my father after he abandoned the family,” said Tisetso.

Tisetso had a lot of problems that led him to feel unsettled in his emotions. He then met friends in high school who introduced him to alcohol and dagga.

“The alcohol and dagga had a negative impact on my academic life.  My performance at school dropped and I became a very rebellious teenager,” he said.

To feed his addiction, Tisetso had to use his transport money and also stole money from his mother. He would get agitated if he could not smoke or drink.

“I needed to be intoxicated in order to cope with the loneliness I was feeling inside,” he said.

Tisetso realised that he needed help when his family threatened to chase him away from home and began attending the services at the Universal church with his family. He engaged in Chains of Prayer for his life to change.

“I engaged in Chains of Prayer every Tuesday and Friday to fight for my deliverance from alcohol and dagga addiction. I realised that I needed God in order for me to change. After two months of fighting for my deliverance, the changes in me became visible. My behaviour changed completely,” said Tisetso.

Even though Tisetso was freed from addiction, he still longed for the Holy Spirit. He then made a conscious decision to be baptised in water and participated in the Fast of Daniel.

"I prayed and read the Bible more often. I sought the presence of God in my life and on the last day of the fast, I was baptised with Holy Spirit. I received peace, love and joy which were what I never had before. My only desire is to serve God. I have a passion for souls and when I am not working, I’m in the streets evangelising because my greatest reward is to serve God,” said Tisetso.