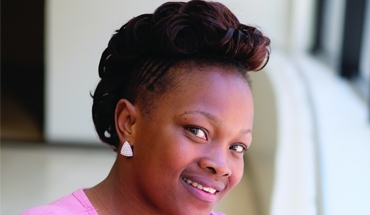 Nothando only turned to the Universal Church for help after she was discharged from hospital where she received four months' treatment for overdosing on drugs.

She started using drugs to numb the pain of losing three family members in a car accident and her grandmother three days later.

"I felt hopeless about life and saw no reason to live. I started using drugs at 17 and soon became so hooked that I could not stay sober for an hour. I also neglected my daughter who was 15 months old at that time, that is when my neighbour decided to take care of her," said Nothando.

She recalled the day she lost two of her friends and had to be hospitalised after they overdosed on drugs.

He took us to hospital where my two friends passed on, hours apart. Surviving that fate depressed me and I went deeper into drugs and I overdosed again, a few months later. I collapsed, was rushed to hospital and operated on in order to drain out the drugs. I spent four months in hospital and that was the longest time I stayed sober in the three years since I started using drugs. I however felt lonely because I did not have family or friends to visit me," she said.

That same year Nothando was invited to attend services at the Universal Church and was advised to attend the Addiction Cleansing Therapy on Sundays. "I stopped using drugs after two months in the church after I understood that I was destroying the temple of God. The presence of God gave me comfort and healing for the pain I suffered after I lost all my family members. I am now building a relationship with my daughter who is seven years old. The Presence of God in my life gave me the peace I never had before and a sound mind to approach life with a positive attitude," said Nothando.