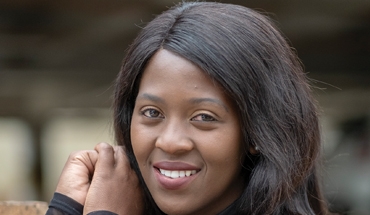 Soap Gave Me The Relief I Needed

From the age of 13, Tracy developed a habit of eating soap and later battled to overcome the addiction for four years. "I found it difficult to cope with being away from my parents who had to relocate in order to be close to their work. I soon found comfort in eating foam and bars of soap". The first time, I dipped my fingers into the soap and licked it, I felt such relief emotionally.

I enjoyed taking baths because I also ate soap while I was lying there." I took sips of the dishwashing liquid soap when I was busy in the kitchen," she said. From that time Tracy started taking a bar of soap to school because she was already battling with cravings.

"I cut the soap into small pieces that were going to be easily chewed and swallowed some whenever I wanted to. My addiction worsened to a point where I finished a bar in just two days and I sometimes skipped my meals in order to eat soap. My aunt always complained that our soap got finished before it should because of my addiction. I reached the point where my tongue swelled up and developed sores. It became difficult for me to swallow anything after I ate soap, but I still could not stop," said Tracy.

In 2005, Tracy moved in with her mother who was already attending services at the Universal Church. "I attended services with my mother because I knew eating soap was not good for my health. I had tried many times to quit my habit but I never managed. I soon joined the youth group of the church where I understood that with God, it was possible to come out of my addiction. I surrendered my life to God and asked Him for strength to break free from my addiction. I overcame my addiction after a month in the church and I am now enjoying a blessed life in the presence of God," said Tracy.