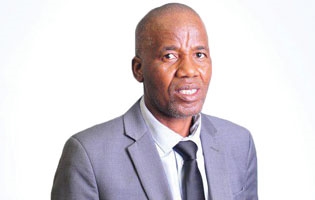 It was after Joseph started attending Universal Church services that he understood he needed to be faithful to God in order to be faithful in his love life.

"I was in a stable relationship for three years and expecting a child with my partner when I cheated on her. The new love made me so selfish that I abandoned the mother of my child and neglected my financial responsibilities. I was so madly in love with my new girlfriend that I paid lobola for her after a year in our relationship. She told me she was also pregnant a few months after I paid lobola. I was happy and excited about the news," he said.

His excitement was short-lived after his partner’s friend told Joseph that the baby was not his.

"When I confronted her, she did not deny it. I became angry and felt that she wanted to use me to support her child. The thought that I nearly raised another man’s child while I neglected mine, broke my heart. I broke things off, swallowed my pride and apologised to the mother of my child. She forgave me and took me back," he said.

Months after he came back, the mother of his child was invited to the Universal Church and he attended the services with her.

"At a service, I understood the importance of being faithful to God and the people around me. I realised I allowed lust to control me. A pastor offered me counselling and suggested that I engage in the chain of prayers on Fridays to be delivered from the spirt of lust. A year later, I married the mother of my child and I became faithful to her. We later had other children. I’m a responsible husband and a good father to my children and all my steps are guided by God," he said.

The pain of being cheated on by the man I loved and trusted felt like my heart was pierced by a sharp object. It left me bitter and depressed for ten years.

Dorah's 13-year-long relationship with the father of her two children became a living hell after they moved in together.

I was longing for my mother's love

Longing for her mother's love from her teenage years pushed Portia into searching for love in the wrong places and from married men.