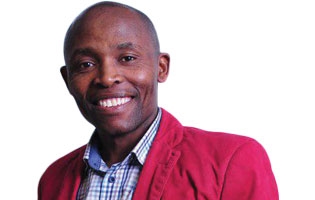 My investment paid off in blessings

To celebrate a one-year anniversary in a relationship was a far-fetched dream for Thando who moved from one relationship to another.

"All my relationships lasted less than three months and as a result I believed marriage was not meant for me. I had a temporary job and I went out with my friends and drank alcohol but I neglected my girlfriends when I was paid.

I would borrow money in order to buy alcohol and battled to pay it back. I felt complete and happy when I had enough alcohol to drink with my friends. All my girlfriends complained about my alcohol abuse, but I did not stop, instead I would end the relationship," said Thando.

His mother invited him to the Universal Church in 2006 and he attended the services because he wanted to please her.

"I attended the services occasionally and one day I understood the importance of having a relationship with God. I then committed my life to Him and prayed for my deliverance from alcohol. A month later, I stopped drinking and became faithful to God with my life," said Thando.

He took part in the Chains of Prayer on Thursdays for his love life and asked God to bless him with a suitable partner.

"A year later I started dating Debrah and treated her with respect. I invested time in building our relationship. God later blessed me with a permanent job and I was able to save money and marry her after we had dated for four years. I am happily married and blessed with two children," said Thando.

I lived in fear for 10 years

Virginia did not believe she could find true love and live happily after she divorced her abusive husband. For ten years, she lived in fear because her husband physically abused her even after they had two children.

I wanted to end our marriage

Believing that her husband was going to change, Elizabeth remained in an abusive marriage for 20 years. Elizabeth was 22 years old when she married her husband after they dated for nine months.

Stepping into a parents' shoes

Nelly was only 12 years old when she had to look after her four younger brothers who were between the ages of five and nine.