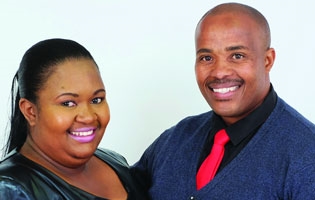 "I felt betrayed and believed that I was a laughing stock in my community because people spoke about his cheating on the streets. I lost trust in him. I became easily irritated and resented him. I sometimes woke up at 3 am and started swearing at him," said Malichaba.

In 2012, George was invited to a service at the Universal Church and he attended because he did not want to lose his wife, but he also battled to stay faithful to her.

"I was devastated on the day my wife had an appointment at court where she was going to file for our divorce. I followed her to court and begged her not to give up on our marriage. In my desperation to save my marriage, I honoured an invite to attend a service. That same day I went home and asked my wife to attend the afternoon service with me. At the end of the service we spoke to a pastor who told us about the Therapy of Love services," said George.

Together they attended the services on Thursdays and understood that they needed God in their marriage.

"We learnt about the importance of being faithful to each other as unto the Lord. I was able to end my relationships and respect my wife after seven months in the church. I understood that I needed to love my wife as Christ loved the church and she respected me in return. We have became inseparable since then and we now know that love conquers all," said George.

All I Wanted Was His Love

Nontobeko almost lost her greatest wish through bitterness and harbouring grudges against her father who had abandoned her after her mother passed away.

We were all cramped in a one-room shack

For 10 years, Nonhlanhla and her family of six lived in a cramped one-room shack.

Conflicts drove me away

To avoid being in the presence of his mother and aunt who constantly fought over past family issues, Thandolwethu spent his time with his friends smoking dagga and cigarettes from the age of 17.