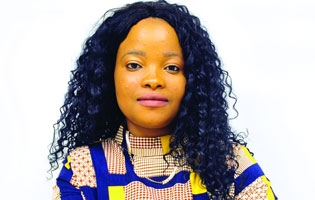 Abused and cheated on with 35 women

Tracy was devastated when she lost her mother at the age of 19. She thought moving in with her boyfriend, who fathered her three children, was going to help her heal. Little did she know that she was exposing herself to physical and emotional abuse.

"I moved in with my boyfriend months after the passing of my mother.  He helped me forget my loss. That same year I became pregnant and things turned sour for me.  He started beating me up for minor things. He sometimes chased me out of the room we rented and I had to sleep in a toilet where our neighbours saw me. I remember an incident when he beat me up and locked the fridge. I had to beg my neighbours for food. I developed anger against my partner for the agony that he put me through," said Tracy.

Misery followed Tracy into motherhood.  She gave birth to a baby boy who was diagnosed with meningitis three days after he was born. She also found out about her boyfriend’s unfaithfulness during her stay in hospital.

"I received threatening calls and messages from 35 women, who said they were going to take my child.  They called me a reckless mother.  On different occasions, doctors said my child had passed on because he stopped breathing for a while, but he was not dead," she said.

Two years later Tracy gave birth to a baby girl who passed away when she was three months old.

"My baby passed away after an illness.  She coughed and took her last breath in my arms. That experience traumatised me and left me emotionally drained," said Tracy.

Tracy gave birth to another girl a year later, but her boyfriend continued with his violent abuse.

"He sneaked up on me when I was sleeping and stabbed me three times in my shoulder. I wasn't hurt because the knife was blunt. I moved out and rented a room because I feared for my life," she said.

In 2018, Tracy was invited to attend services at the Universal Church.

"I spoke to the pastor about my problems and he advised me to attend deliverance services on Fridays and Wednesdays for my spiritual development. After seven months in the church, I was able to let go of the anger I had towards the father of my children. I no longer get angry when I see him. I now spend most of my time seeking the Holy Spirit and meditating on the word of God," said Tracy

A decision to change my life

Afraid of disappointing her friends, Violet went to parties at night, drank alcohol, slept out and lied to her mother about her activities.

Forgiveness, a key to healing

It took Bongiwe three years to face the pain of growing up without her father. Her father passed away when she was seven years old.

Fikile was on the verge of leaving the Universal Church when the 21-days Fast of Daniel was introduced. She became discouraged and stopped praying after her daughter, who attended services with her, went astray in 2017.