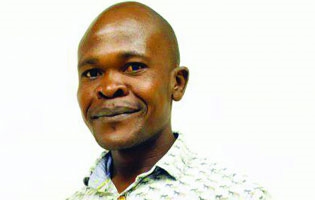 Losing his mother when he was eight years old and living with his aunt who ill-treated him drove Tsonang to live on the streets where he had to sleep with one eye open because of the dangers he was exposed to.

"I moved in with my aunt’s family after my mother passed on. Things changed after three years at my aunt’s place. She ill-treated me and told me she had no money to pay for my school fees when I was in grade four.

That year I dropped out of school and left her house because I was angry with her. I lived on the streets from the age of 11 and I was introduced to criminal ways of making a living.

We robbed people in order to buy food and there were older boys who sometimes beat us up and forcefully took away our belongings, including money," he said.

His criminal activities worsened as he started breaking into houses.  He was caught and sent to prison.

"I was caught with stolen electronic appliances and jewellery.  I was sentenced to five years in prison and released on parole after serving two. That was when I realised I needed to change. I moved in with a friend," he said.

Tsonang was invited to the Universal Church, three months after he was released from jail.

"I attended the services where I spoke to the pastor who advised me to attend services on Mondays when I prayed for a job and Wednesdays for spiritual development. After three weeks I found a job as a general worker at a flower shop and worked for eight months before I resigned.

I am now selling clothes and making good profit.  I understood that anger was hindering me from having a relationship with God. I let go of anger and forgave my aunt. I now live a dignified life in His presence," said Tsonang.

At the age of 18, Lungiswa was forced to marry a man she barely knew. Her father received lobola and arranged with the man without Lungiswa's consent.

I gained confidence in myself

Having always to depend on others made Juliet feel she was a burden to her parents and even to the man she dated.

Almost died in a bathtub

Battling to secure a permanent job for five years left Amina without hope. She had five children to provide for and her financial difficulties stressed her so much that she turned to alcohol, dagga and cigarettes for comfort.