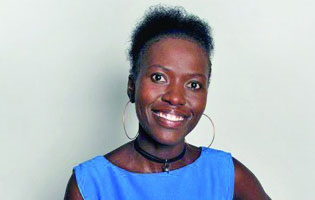 After the baby was born, her parents provided for the baby with their pension money.

"The father of my child came to see the baby but after a year he refused to take financial responsibility even though he acknowledged being the father. I was consumed with hatred, and wanted him nowhere near my daughter," said Precious.

In 2011, Precious started attending services at the Universal Church with her father because she needed her life to change and wanted to provide for her child.

She took part in the chains of prayer on Mondays for her finances and on Wednesdays for her spiritual development.

"In the church I was encouraged to empower myself and work hard for my life to improve. I use faith and applied for a bursary. Last year I was awarded a bursary to study for a three-year diploma in Civil Engineering. I am now doing my second year and I am working part time at a retail shop. With the money I earn I am able to take care of my daughter and buy her things I could not before. I was able to forgive the father of my child who left me while I was pregnant and refused to help me financially. My daughter is now nine years old and she has a good relationship with her father who is providing for her financially.

Forgiving him gave me serenity and brought him back into his daughter's life.  My relationship with God is improving every day," she said.

Morgan was forced to take on the responsibility of parents for his three siblings when he was 15 years old.

I ate well only when there were funerals in my area

"I was 14 years old when I had to take care of my new-born baby brother after my mother passed on while giving birth to him.

Forgiveness, a key to healing

It took Bongiwe three years to face the pain of growing up without her father. Her father passed away when she was seven years old.